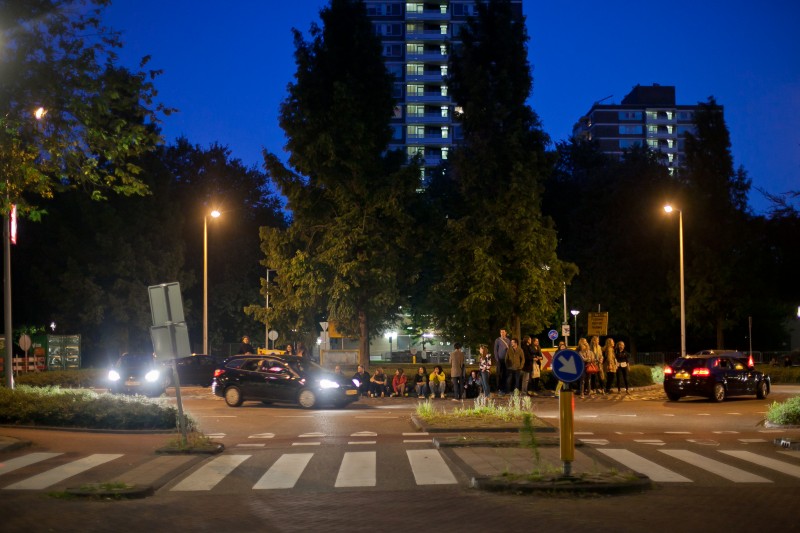 From the series of Psychomagic acts for the city. Five black cars slowly circulate around a roundabout in Amsterdam West. They transmit a loud soundtrack through their open windows. The performance is a riff on the existing ritual performed by boys with cars in the neighbourhood. Performers are the same, only this time the soundtrack differs from the usually played one, and the driving  is circular.